It is not new that Sahara reported CEO Sowore, has been in and out of court for a while now.

There have been various allegations against the innocent journalist ranging from ‘going against a corrupt government’ to ‘speaking his mind and all assisting the #endSars protesters’. 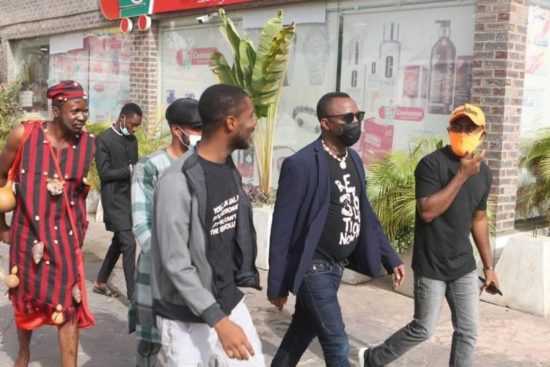 For the stated reasons, Sowore has been confined to the four corners of Abuja.

He was recently seen in court with a group of people and amongst these people was a man in a native ‘juju’ wear.

These pictures were shared on Twitter by Punch newspaper with the caption:

BBNaija: Laycon reveals his next plan for Erica and it’s a tough one
Nina is Letting us Know why She’s Keeping her Husband Private
JUST IN: Many feared killed as bus plunges into Ogun river

Olamide is Serving Up Another Album “UY Scuti” in June

Tems shares sexy new photos of herself in a pool